TV and movies provide a wonderful source of inspiration for those who live with and must overcome physical limitations each day. These fictional heroes inspire us to do more and to be more than others normally see. They understand some of the struggles that those with disabilities experience, and they give us hope and even confirmation that we can make a difference in the world around us. Here are a few of the heroes of comic books, movies and TV that we’ve found inspiring as they’ve worked with or overcome similar limitations. Barbara Gordon has long been a member of the Batman family of comics, but her life changed forever when an insidious villain left her paralyzed from the waist down. This incident gave her the strength to become Oracle, one of the greatest characters to ever grace DC Comics. From her chair, she coordinates the activities of the Suicide Squad, the Birds of Prey and even oversees missions for the caped crusader himself, who often views her as an intellectual equal.

For Barbara Gordon, the incident that left her without the use of her legs was a springboard to a new way of doing things. She trained her mind and analytical skills and wasn’t content to stay on the sidelines. Oracle has proven, at turns, a worthy foil for many top villains, an inspiration, and mentor to other characters and a worthy heroine in her own right.

In many versions of his tale, talented archer and secret agent Clint Barton deafened himself to escape a villain bent on forcing him to fight and kill a friend. Code named Hawkeye, his sacrifice is rarely known as he strives to keep his deafness a secret known only to those closest to him (and Deadpool, who quickly becomes one of his best friends). His highly developed skills of perception and deduction are still as sharp as ever, allowing him to read lips with unerring accuracy.

Hawkeye, more than many others in the comic or cinematic universes, became a symbol of representation when his comic books began incorporating scenes that featured American Sign Language (ALS). These panels proved a big hit and showed the world a character who thrived independent of the difficulties posed by deafness. The series includes occasional nods to some of the challenges faced by those who have lost or never had the ability to hear, including the ability to not understand friends who cover their mouths when they speak. Deadpool gets around this by showing understanding and lifting his mask whenever he speaks with Clint directly. 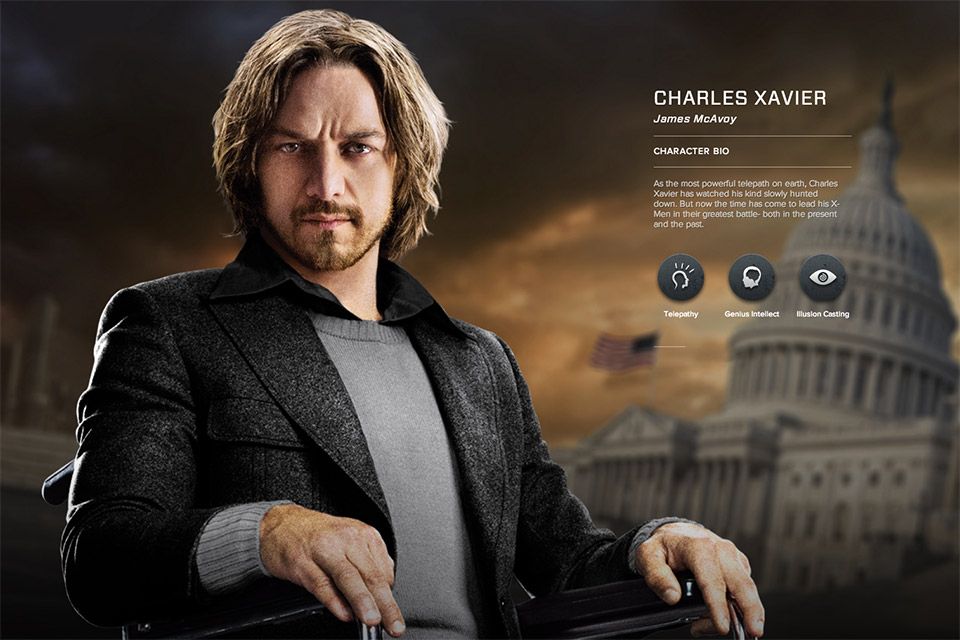 Throughout the history of Marvel comics, the X-Men have proved an allegory for a lack of understanding of persons with disabilities, racial discrimination, and other societal challenges. Few personify this as much as Charles Xavier, an empathic hero with a powerful level of emotional intelligence, who transformed his home into a school for “gifted” children who seek to harness the powers of their mutations.

Xavier’s own mutation gives him tremendous mental clarity and telepathic abilities, but these same elements prevent him from walking or performing any tasks with his waist or legs. In some storylines, he learns to suppress his mutation, but he inevitably chooses the ability to help others over his own mobility. In his role as Professor X, Charles Xavier proves that anyone can become a mentor for those who need us most and a companion to others.

The Marvel hero Daredevil recently leapt from the comic pages to the small screen in his own Netflix series. Like many, he lost his sight at a young age and has spent his life overcoming the challenges of blindness. This didn’t stop the member of Marvel’s Defenders from earning a law degree and using his powers of perception to defend the innocent in courtrooms stacked against them.

Daredevil is known as the man without fear because, in direct spite of his blindness, he trains his body and hones his senses so he may fight crime with the best of Marvel’s superheroes. The accident that left him without sight has (in various stories) triggered a mutation or itself mutated Matt Murdock and given him enhanced alternative senses, including touch, sound, and sight. The true hero nature of Murdoch doesn’t lie in these enhancements, however, but in his humanity and emotional IQ, which like Professor X, drives him to go to great lengths for others.

For Star Trek fans who grew up with “The Next Generation,” the first representation many of us saw of the disabled came when the man from Reading Rainbow, Levar Burton, donned a visor to help us understand blindness through the insights of Gene Roddenberry. Those insights include wrestling with powerful moral dilemmas, such as how would a society with genetic engineering handle individuals born blind, as Geordi La Forge was.

The blind La Forge became one of the most quickly promoted officers in Star Trek history due to his exceptional engineering skills. His visor apparatus became a hope of many Trekkies who wrestle with disability, letting them know that someday technology could alleviate, if not eliminate, many of the challenges they face.

These heroes have a lot to say to us as individuals and the world as a whole. Whether we’re born to such challenges or inheriting them as part of life, we can also work with and overcome such limitations to achieve great things. As the man who once played Superman stated: “A hero is an ordinary individual who finds the strength to persevere and endure in spite of overwhelming obstacles.”

Ignite 2.0 an Inclusive Online Event Where People With And Without Disabilities Had Showcased Their Talents

During this ongoing COVID-19 pandemic, from conducting classes for children to providing entertainment to society almost everything is happening online. Recently, there was an inclusive event hosted by team ‘Love Actually’ called Ignite 2.0, where people...

Abilities Expo is the largest expo for disability related products in the world. This year expo was held on June 19-21 virtually. The annual Abilities Expo which is always held in 7 major cities across the United States came to the homes of particip...

Benefits of Yoga for Those With Physical Limitations

If you have a physical limitation or challenge of any kind, then choosing a way to exercise can bring many difficulties. The typical methods of exercise may not work for you, so you need to find alternatives that give you the workout you need, but also...

Since the nation lockdown has been declared on 24th March, it has been a tough time for the people. Many people are tired of this lockdown and want to go out of their homes, but there are also cases where people are finding new ways to keep entertaining...

Apart from an artist, motivational speaker, and beauty pageant winner, there are many more talents filled in Priya Bhargava. In this lockdown period, the wheelchair user has started giving cooking classes through her Facebook page titled ‘Tutorial by...

Rolling Without Limits.
Your Inbox.

Connect with Rolling Without Limits